Alphabetizing Based on the First Two Letters Worksheet

Ratchet up excitement with this free, printable alphabetizing based on first two letters worksheet. The first letter is the same in every word, so it's the second letter that has the final say in deciding which word comes first and which next. There are three words in each set, and the task is for children to arrange them in ABC order. This time, though, they rewrite the words in the space given. It might be a good idea for children to be told the several real-life applications of ABC order so they flock around this pdf all happy and enthusiastic.

This worksheet is ideal for grade 1 and grade 2 kids. 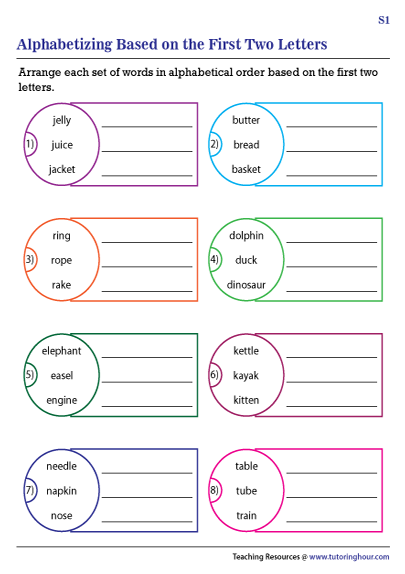 ▶ Arranging in ABC Order Based on the First Letter

▶ ABC Order Based on the First Three Letters