This free worksheet is tailor-made for students of grade 2 and grade 3.

You are here: Language Arts >> Adjectives >> Recognizing Adjectives and Nouns 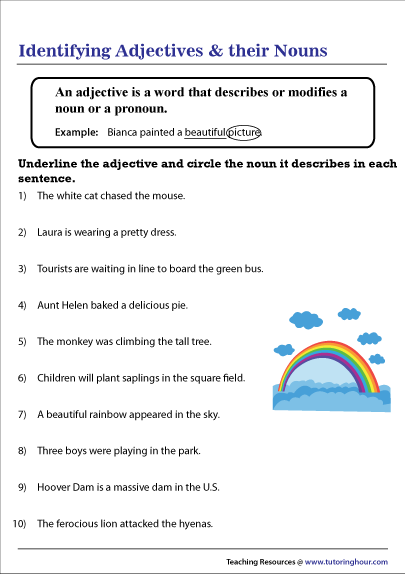