Perhaps the most frequently occurring phrase type, a noun phrase contains a noun as the headword and all its modifiers. It functions as the subject, object, or a complement similar to how a noun functions in a sentence. Take a good glance at the definition and example provided at the start of this free printable noun phrase worksheet to refresh your learning, before you progress with the exercise of underlining the noun phrase in each of the given sentences.

This pdf worksheet is recommended for students of grade 9 and grade 10. 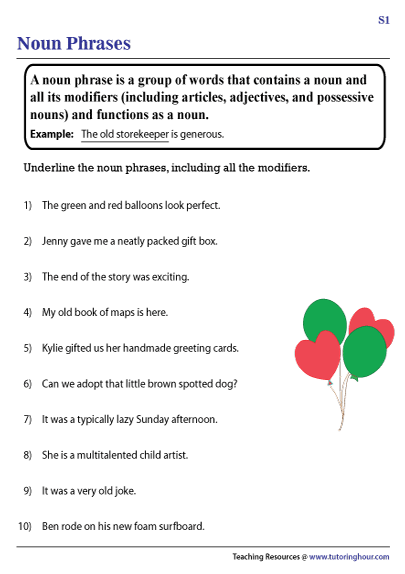